A way of looking to get a view of the detail

A view of the world not how it is, but how it could be

Then imagining how it could be with intent

Intent to make it better performing, more comfortable, good looking, easier to use.

Jason’s Journey to the Retrofit

I love my work, I love innovating and doing things others haven’t done before.

When I found myself in a renting situation with an old clunker of a woodstove that smoked badly I knew that smoke was wasted energy, so I dreamed about how I could modify the stove to capture that energy and get it into the house.

I had some experience to call on, I built my first woodstove back in 1996 when I owned a home in the city of Invercargill, a climate where a fire is needed for 9 months of the year. My woodstover there was worn out. Luckily I was working in an engineering shop that had the machinery needed, so I built a new multi fuel stove, recycling some of the parts from my old one.

Because I was renting I couldn’t make major modifications, and my landlord was not interested in replacing it.

While living with this inadequate stove I had pared back my lifestyle so I could go to university and study Architecture. The IntensiFire had to be a cheap solution as my R&D budget was $10 per week.

After six months of playing around with ideas, I built The IntensiFire Mk I while on summer break from University. I video recorded one of the early prototypes burning and you can view my poor attempt at a video  here on You Tube. The video might be poor, but the IntensiFire was so successful that I could immediately see that others might want one. I paused my study towards becoming an Architect to develop it further. I dreamt up a name for it, got the first few made, and launched it for sale on auction site Trade Me. Despite being a social media amateur, I started a Facebook page for the IntensiFire.

Ongoing developments have led to the Mk II single tube design which is more compact. Another improvement is in durability.

Testing is expensive, but in April 2012 I paid an Auckland based independent laboratory to test The IntensiFire. When tested on the low setting it improved a Magnum P200 fire from 52% to 75% efficiency, and raised the output from 4.6Kw to 6.5Kw. Critically emissions were also down. I learnt from the experience then went home and made it better! Later at the international contest called the The Wood Stove Design Challenge it proved 83%+ efficient.

With the technology validated it made me even more motivated to provide an upgrade option for those with a smoky old wood stove.

A little more about Jason

My journey through life has included serving in the Airforce (RNZAF) and later as a Police Officer in New Zealand. 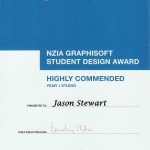 Along the way I have studied engineering part time but it was at Architecture School where I finally learnt to understand the design process, something I had been doing all my life. Although in my late 30’s when I started Architecture School I succeeded in winning an award for my design work.

My formal tertiary study matched to the work I have done on aircraft, and with textiles in the RNZAF, various building work, and some engineering work, have given me a multidisciplinary approach to problem solving.

I have two adult children, the oldest with three professional degrees and working as a Commissioning Engineer. 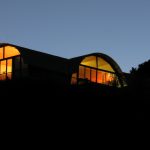 While serving as a Police Officer I conceived a unique construction system for half round home for my family. I saved up my leave to build it on my parents land in the township of Puhoi. In Architectural terms it is called a “Groin Vault”, but I didn’t know that until ten years later when this project supported my enrolment in Architecture School. The half round form for efficiency, stimulated by an engineering paper studying maxima and minima using derivatives. Approximately 30% less construction material is needed to cover the same floor area. 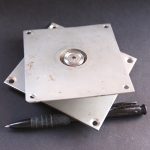 Another innovation I built, but did not bring to the market is a backpack harness system designed to prevent chafing and rubbing from the hip belt. The foundation for this idea was that of the steering ball joint in a car, where complete freedom of movement is required in three planes.Ten years after I built it I saw the exact same idea wining backpack of the year for an established brand in the market.

One project I can recall executing when aged 14 is building a tower 14’ (4.3m) tall just by stacking sticks of light timber (called farm fencing battens in New Zealand) together. I did that by starting with a hexagon, then switching to a square when the taper on the hexagon facilitated this. Even at that age there was an innate understanding of structure.